As the saying goes, ‘You have a business – build an app.’

Apps to mobilise business are currently raging in the market.  According to Statista, number of apps in leading app stores by March 2017 were,

With so many options in the market, it is unlikely that a baitless app will successfully go viral in the crowd.

But for mobile app startups, these baits are hard to fathom. It is quite obvious that app developers are aware of this need. So, if everyone is providing sweets, why is it that only a few succeed in attracting ants?

There are numerous benefits, that the right app strategy can reap for your business. To enjoy these benefits we need to study the success as well as the failures of the apps that are already in the market.

It is said that failure is the stepping stone to success. But what if you don’t have the time and money to invest into such stepping stones? Or, do you just wish to avoid failures? We have a way for your will. Here we have created a shortcut. You can reap the benefits of a failure without actually having to face them.

How? By learning from apps that already took the blow. There are many lessons to learn from successfully launched apps.

It is crucial to know what to do. But what most people forget, is that it is equally important to know ‘what Not to do.’

So, we have brought an answer to all your questions. Continue reading to know…

According to a report in Kony, Poor UX (User Experience) ranks high when it comes to reasoning app failures.

When enthusiastic app developers pack their creation with all possible features, it signals code red.  Although it is quite obvious that the people you are building your app for should be your priority, this prime consideration is overlooked by many. Complicated integrations and interface may confuse the user.  In such a case, when there are millions of app options available in the market, a user wouldn’t think twice. No one wants to clutter up their memory space with apps they hardly use. As a result, users are as quick to uninstall as they were to install your brilliant application.

Today we have many app options providing taxi and cab service. But before we were blessed with CM Cabs and Uber, there was another similar service which was much ahead of them – The Sidecar. The service was power packed with all that Uber was too late to adapt. But Uber flourished, and Sidecar didn’t. Reason – lack of focus on user-experience.

After all, if the one on whom your success and failure depend is dissatisfied with you, then there is nothing that can save you. Here’s a screenshot of the app that ran into limbo. 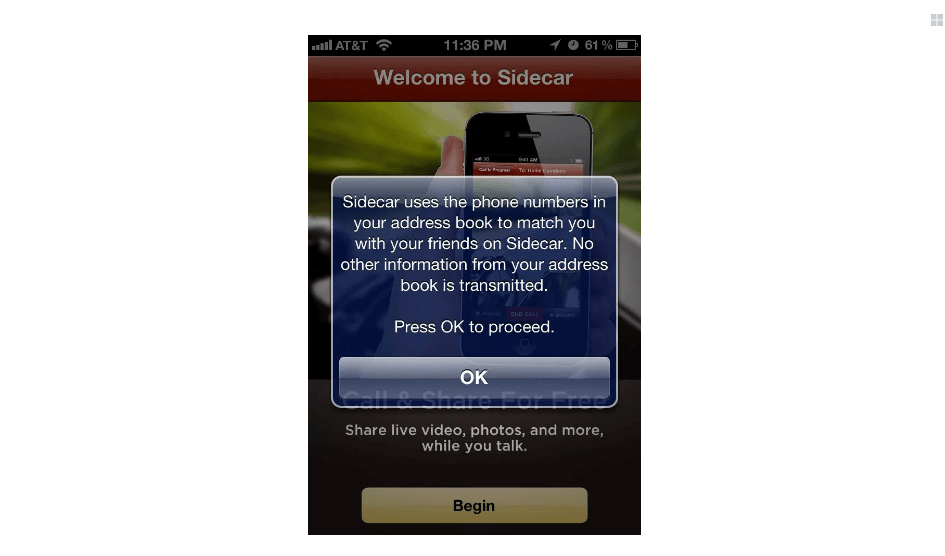 Sidecar had loads of user-centric features like back-to-back rides, ratings, preferences, etc. But their fatal point lied in the most critical area. It lagged behind in providing a smooth passenger service. Where newcomers, like Uber and CM Cabs, were ready for service just in a single click, Sidecar’s navigation system was tiresome. With Sidecar, it was a slightly longer process. The passenger had to file into the destination, choose from some drivers which lead to a further requirement to choose according to price, rating, etc.

Choice is good. But too much good could be painstaking.

If you want your business to benefit from mobile app development, think of the users before you build your app.

Users are not numbers but individuals, people like you and I who demand simplicity. The idea of app revolves around the aim of making life simpler for people. So, let your app do just that.

Make sure that your app is simple enough to navigate through and yet not too simple to qualify for boring. Find the right balance between the two, and you are good to go.

Lack of information is always dangerous. And when it comes to app development, what you can learn is never too much. The road to a successful mobile app is directly connected to research and knowledge.

It is given that you have faith in your app but a little extra effort won’t hurt anyone. Market research is a crucial part of app launching and is also crucially ignored through the process. 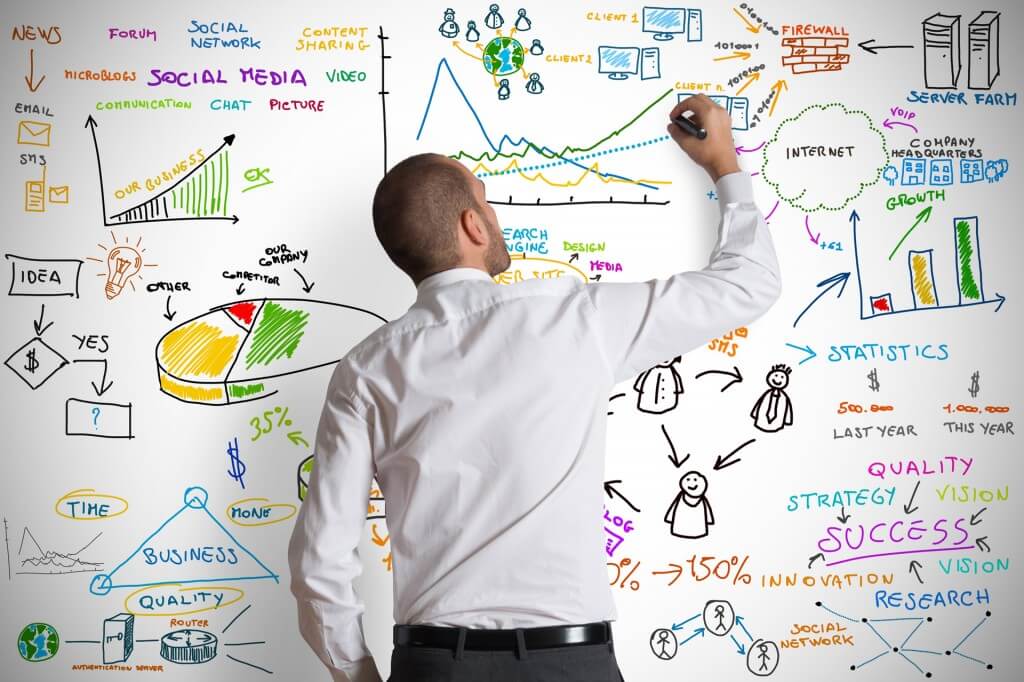 With proper research, you can target your audience. This focus will help to characterise your app accordingly to the satisfaction of your audience.

It’s a common misconception among some developers that targeting a particular demographic may limit your reach. That to an extent is correct. But the calculation that puts this point into the drawback section isn’t. Targeting a particular audience and designing your app accordingly does cut down on the outreach. But then again, what’s the point of designing a gaming app to impress stock brokers? On the other hand, such an app may even fail to impress gamers.

In the long term, targeting an audience increases your chances of success. It saves you the misery of concerning yourself with people that may not even be potential users of your app.

So, to think of it, the time and money that you were trying to save by skipping market research are actually going into the same savings account that you meant for it. Not conducting market research, on the other hand, superficially may save you a tiny bit of monetary benefits. But, beyond its disguise, you’ll end up spending a lot more than you should. And what could be worse, all those expenditures will go in vain, since they are not directed towards any profit yields.

Therefore, if you want your mobile app to be a definite success, don’t forget to undertake proper market research. This step may not guarantee a 100% success rate but will undoubtedly increase the success ratio of your app.

The third point is somewhat related to the previous one. When you conduct proper market research, you’ll end up with a specific demographic as your target audience. Now, this target won’t move to hit your arrow. You need to aim and shoot.

In other words, marketing your product is necessary. If you have a brilliant app and no one knows about it, then all your efforts will go in vain.

Have you ever gone photo crazy on vacation? Came back home and frustrated yourself to find that one perfect shot in a mess of photos?

Pierre-Olivier Latour faced a similar fuss when he came back from a trip to Asia. But, unlike us, he decided to find a solution for this problem. source

A brilliant app EverPix released in 2009, Pierre-Olivier Latour by failed miserably simply because it lagged behind in a decent marketing strategy.

EverPix – the excellent app that didn’t get its share. Watch this YouTube video to know more about this app that should’ve taken the market by the storm. When it comes to app failures, this is a place where no one wants to be – to have a great app that didn’t do well. In other cases, the developers eventually realise that their app was just not worth it and can deal with its failure. But even after your product bombed on the market, you know how fantastic the app is, there is not much you can do to heal your sores.

So, to avoid such sores, manage your budgets well. There is nothing wrong with spending an enormous amount on app development. In fact, it’s good to focus on customer satisfaction during development and put in that extra effort. But that pays well if you are not running on a budget limit. You’ll manage your app finances well, to make sure that the app revenue will be enough to pay your bills. And this income can only be gained if your marketing strategy is as good as your app strategy.

This is another apparent reason, where ignorance leads to app failure. If your app is promoting illicit activities, then it’ll sooner or later be taken down by the authorities.

Make sure you look into all the legal liabilities before you build your app.

Australia ranks high in the number of banned apps within the country.

Survival Island 3 – Australia Story 3 is an app that was banned by Google because it defiled Australian aborigines. 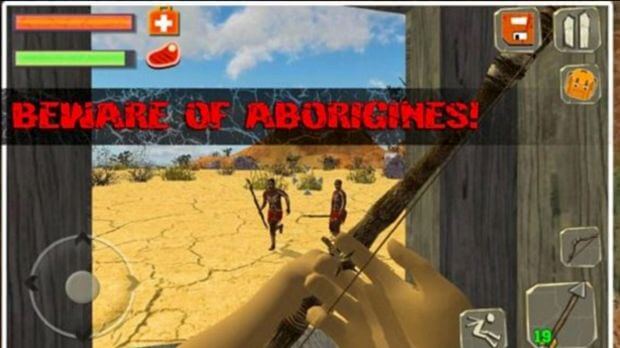 The app tasked its players with trying to survive in the Australian outback. They are told to “beware of aborigines,” while they can also gain points for killing Indigenous Australians. A petition was filed on Change.org. It was supported by more than 80,000 people calling for the game to be removed. It was started by Georgia Mantle, who said she was first made aware of the app after a friend tweeted a screenshot of it. Source

Another app that was banned for legal reasons is Girls Around Me. 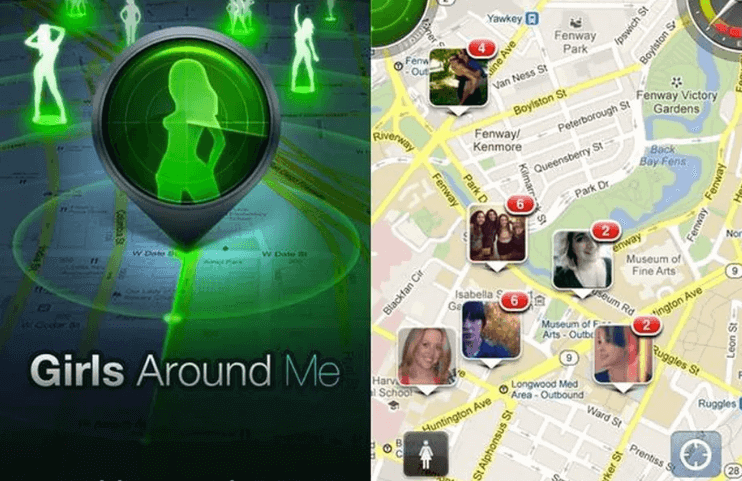 This app allowed the user to locate girls in the vicinity. The app was created by a Russian app development company and was a tracking tool.

The app merely fed the need that is similar to what social media has been feeding us in disguise. The need to stalk and know other’s personal lives. This was taken to the next level by Girls Around Me.

The app allowed the user not just to locate girls or boys around but also showed how they looked and where they are at that particular time. The app was apparently using  Foursquare and Facebook to track this information. But it was banned.

“This is a violation of our API policy, so we’ve reached out to the developer and shut off their API access.” source

The developers claimed that Girls Around Me app used information that was already out there. They just organised the information and used it for tracking.

Now, we all know why a mobile app is essential for our business. But to rush into the whole thing may prove to be a negative purpose for your business. There is no point spending a fortune on an application that ends up getting banned.

According to Gartner “Less than 0.01 percent of consumer mobile apps will be considered a financial success by their developers through 2018”. The need to monetise efficiently is often overlooked.

If you are going for a paid app, it is likely that users will be hesitant to download the app. And why wouldn’t they? Would you buy a product you know nothing about? You need to lay the bait. If there is something that is available for free and people download and like it, they don’t mind spending on it. App cost can be introduced later with updates, features, etc.

Or you can go for a free app and earn through advertising. 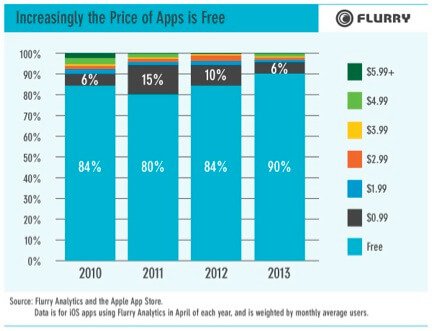 Whatever you choose for your app, a proper strategy will help build the flow.

One reason that resulted in EverPix’ great demise was the lack of good monetisation. A pure ignorance at the base level and the marketing strategy crumbled, soon everything else followed. This step is crucial to forming a backbone for everything else. If you concentrate funds in a single area, you’ll lag behind in the other. Remember that building a mobile app is a business in itself. Everything is co-dependent. It can’t be, that, the designing of your app is a hit but the navigation system failed, so you earned only through the extraordinary app design. You need to create a clear and cohesive strategy for your app before you even begin with anything else. Figure out how much you’ll put in and what are the areas where you’ll expecting a profitable return. Don’t rush into it, just because you have an idea. Proper execution is where the key indeed lies.

We understand that building an app can be a cumbersome process. Follow the guidelines, research well and test well before you go ahead. Devotion and smart dedication will do the job for you. But one thing you should NOT do is, taking the process as an easy stroll in the park.