Forbes says the presence of IoT objects in our lives have existed since ages as ATMs are considered some of the first IoT objects and went online as far back as 1974.

With years of consistent efforts to push forward this technology, we have seen a number of inventions, apps and gadgets that have integrated IoT technology attaining a strong foothold in the IT space for further evolution.

Here’s a list of some of the most significant advancements in IoT and their overall popularity. 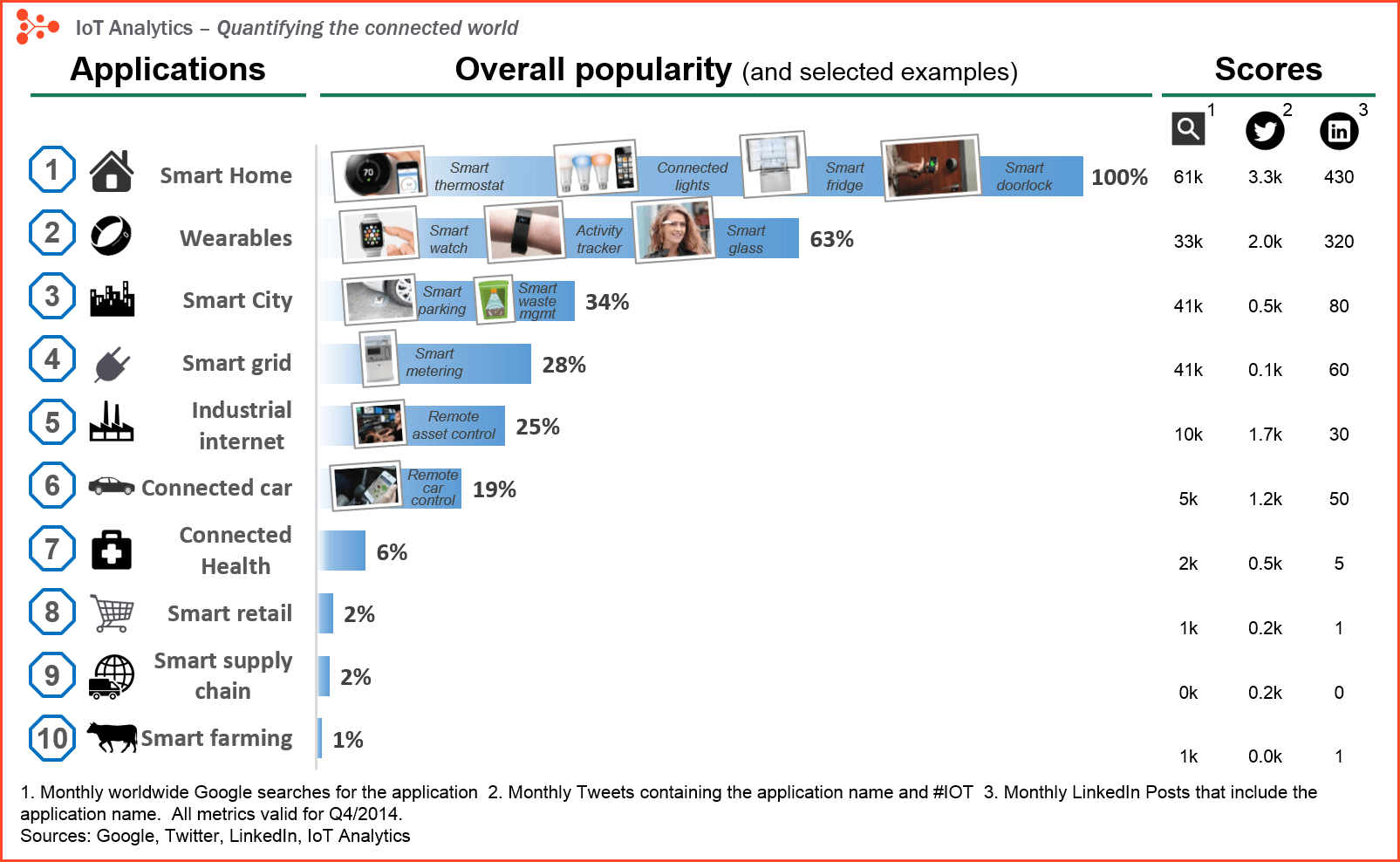 We might see millions of IoT cool facts, inventions, and apps on the internet every day, but isn’t it high time we stopped getting just fascinated by it and started working on it?

The biggest misconception that will refrain you from going with IoT app development is that “IoT App Development is insanely expensive.”

If you’re a start-up enthusiast looking forward to working on IoT, here is something you shouldn’t miss today. Studying this article on the cost of IoT App development will help you comprehend each aspect of the IoT development and how it contributes to the cost.

There are already a handful of players in the field. Have a look: 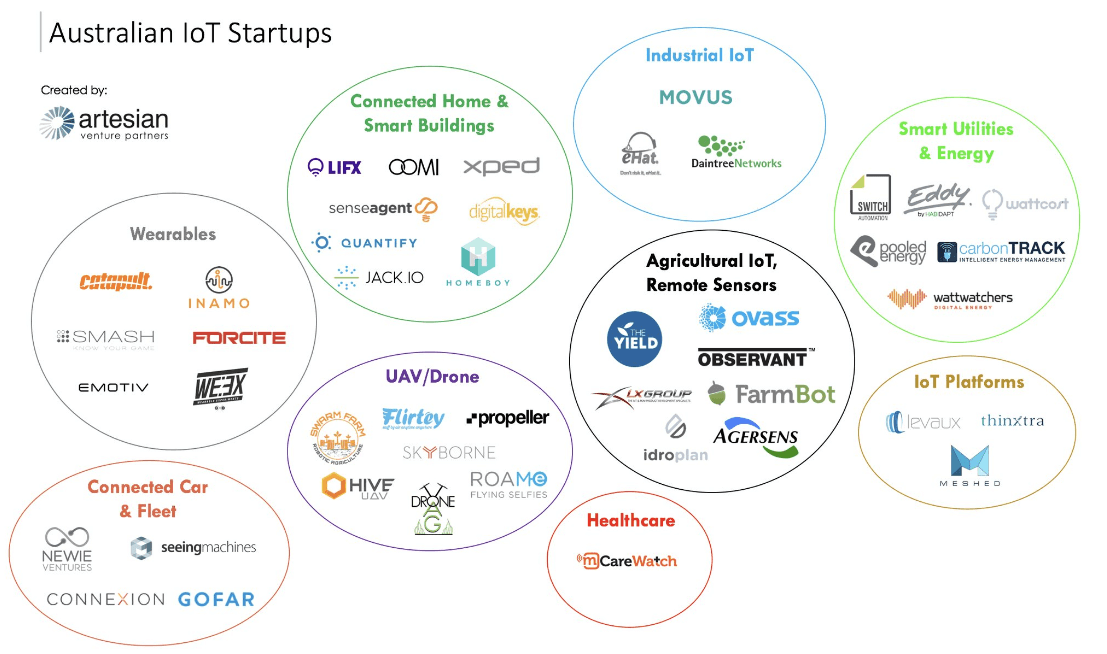 As digital transformation startups have been developing and launching IoT apps for healthcare, connected cars and connected manufacturing, you sure must feel the air of competition as well as the enthusiasm. 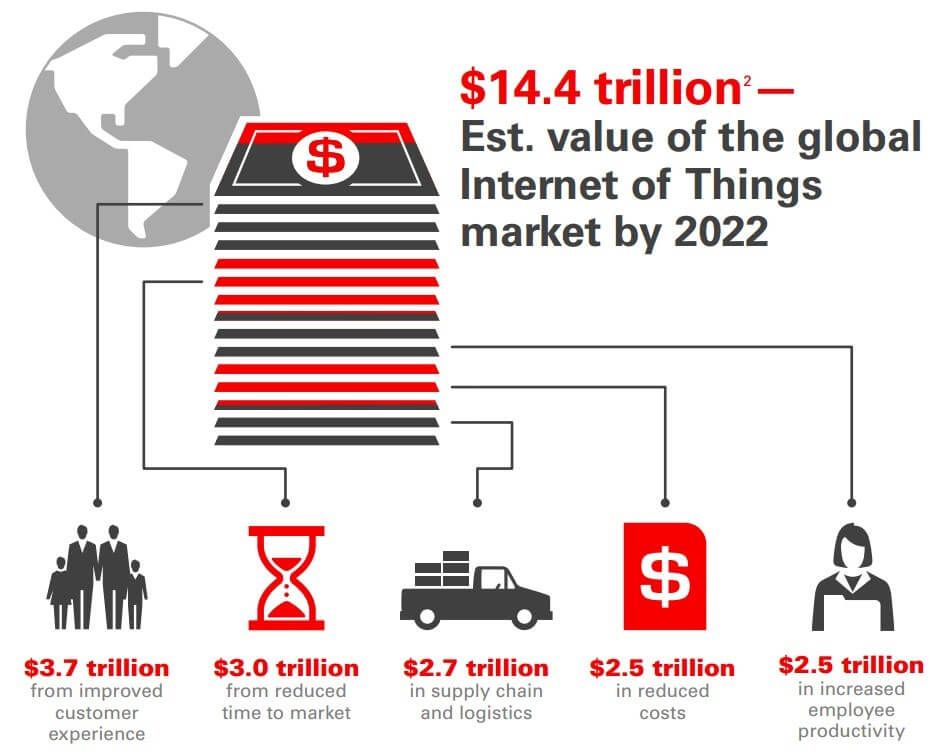 Let’s fuel that enthusiasm further and discuss what should be the approach to build your dream IoT App.

When it comes to the final cost of an IoT application development, three things that drive your decision.

There is a fundamental concept to any app development cost, several different contribute to the overall cost of building an IoT app and they include:

Besides these general factors, there are development factors too that affect the cost of your IoT app as much as the ones above.

The Internet of Things is a setting in which gadgets are embedded with smart sensors that gather data and transmit it over a network. Hence, the system functions in three stages: 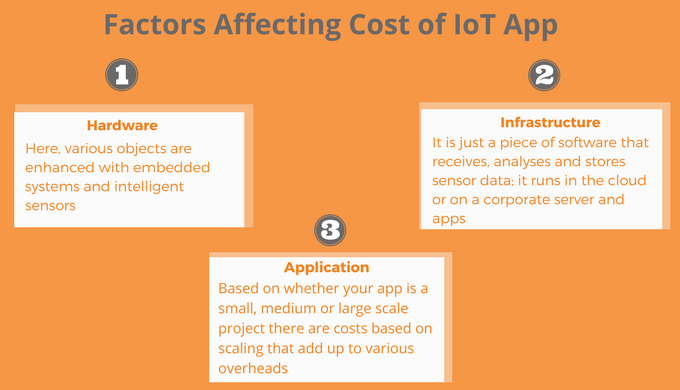 It has been estimated that by 2020, electronics will constitute just 0.2% of all gadgets that will have some form of IoT functionality. Diageo, a strong brand that produces Smirnoff, Baileys and Johnnie Walker, places printed sensors on the bottles to have a track of goods across supply chains and communicate with customers after the transaction. Also, from 2004 and 2016, smart sensor costs have fallen by almost 200%. So that’s a good news for startups.

But what I learnt from research is apparently simple projects can often be expensive too.

The thing is, anything can be chic nowadays, the goal is to be smart.

And what if you can’t avoid creating a custom device – and don’t have $ 300 thousand to spare?

There’s a plethora of open-source prototyping platforms and microcomputers like Arduino, BeagleBoard and Raspberry PI that enable startups to build smart gadgets and dedicated software from scratch. Although there’s no talking about mass production here, prototypes are essential during the PoC stage.

The components of IoT infrastructure include:

Middleware. Middleware (or gateway) is a computer program which draws IoT parts together, allowing interaction among smart sensors and the application zone.

Cloud-based or data centre infrastructure. Here we talk about storage solutions and software that boils down gigabytes of raw data to what’s truly meaningful. The Internet of Things startups typically leverages smart gadget connectivity and data analysis through PaaS solutions built by Intel, Amazon or Microsoft.

Many connected gadgets require a sophisticated system which is also called “infrastructure”, and that’s why starting the IoT market is often costly.

Let’s take predictive maintenance, for example. You trade transformers enhanced with smart sensors, so customers can administer the equipment and investigate failures. You require a mobile app to send alert notifications if sensors predict abnormal behaviour and a desktop application to send engineers to fields and order equipment that need to be replaced – and not to mention the contracts with equipment manufacturers, network providers and MRO (maintenance, repair and operations) firms.

The development and implementation of such advanced systems include considerable upfront investments.

If you want to trade a smart wristband, you have to prove that the plastic it’s made of won’t cause allergies There have been rumours that IoT gadgets emit radiation and cause cancer, and you must put those rumours to bed.

That’s why you need to guarantee your product in every country you’re willing to sell your device to.

These are the people you should take into account long before you address a software vendor.

Just like with hardware, cost also depends on the scope of your project. Let us study a few cases to show the difference between a large, medium and small IoT endeavour.

1. Small project. Though a custom EKG monitor like ECDGram will cost you around $200-300 thousand, it has a straightforward mobile approach. The gadget employs EKG sensors that track the electric signals of a human body and visualizes the sensor readings in real time, thus allowing doctors and patients with heart disease to accurately monitor heart activity and avoid complications.

2. Medium project. A company designed a stationary bike embedded with smart sensors and a complimentary iPad app letting users track the historical workout information. A software solution similar to that will cost you about $30-35 thousand.

3. Large project. For example, a reliable mobile app that can have a wide range of radiation monitoring devices and could be used by everybody who works in radiation-contaminated crime scenes. Here is what is needed: a comprehensive solution for iOS/Android smartphones and tablets that is integrated with multiple radiation detection devices through Bluetooth to analyse sensor readings, and generate reports and sends data to the server. The Radiation Meterage App must also protect data via remote PIN generator and obligatory validation. A large-scale project might take around 2000 man-hours and cost approximately $70 thousand.

Here are the design stages of the IoT app development that pave way for further interrogation into the process. 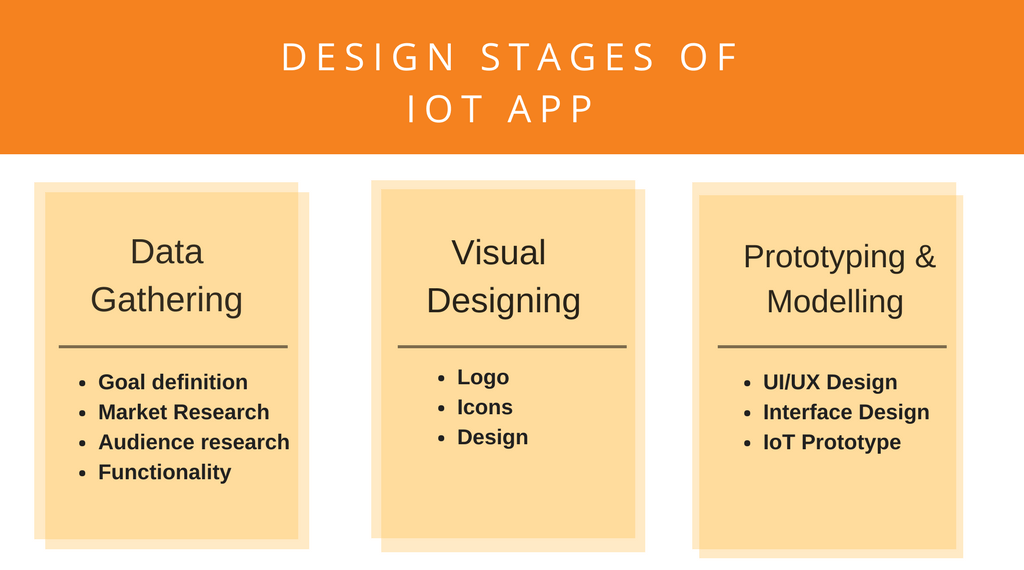 Gartner predicts that by 2020, over 25% of identified attacks in enterprises will involve IoT, although IoT will account for less than 10% of IT budget for security.

As we depend on connected devices to improve our lives and make them easier, security must be viewed from every aspect. There are security Issues that are always posing a threat of app failure, you must always keep them in mind no matter what project you’re working on.

All participants in the IoT ecosystem have a liability for the security of the devices, data and solutions. This implies that device manufacturers, application developers, consumers, operators, integrators and enterprise businesses all have their role to play to follow best methods. 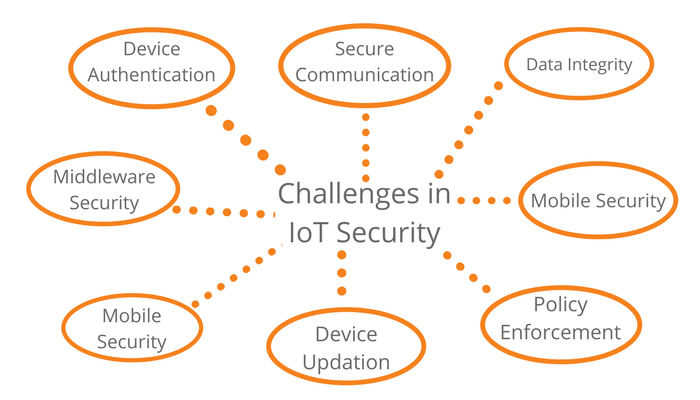 IoT security needs a multi-layered approach. From a device point of view, it must be considered at the blueprint level that starts with design and development and keeps the hardware, software, and data security for the rest of their life. The same method applies if you are a security analyst or operations personnel responsible for IoT solutions. To make the most out of the IoT technology, security challenges must be discussed through a sequence of interoperability, education and good design—and by taking a proactive, not reactive path to designing security points, which will lead to better end products.

Understanding the complexities of IoT and the security around it is something that should be taken very seriously. A combined invested and combined the expertise from business leaders from research, security and IoT to can offer a comprehensive survey of IoT Security.

So, if you calculate and add up the costs of IoT components (including hardware, infrastructure, mobile or wearable applications), you will understand what’s adding up to that $50 thousand your developer just quoted you with.

I know the cost that will be incurred keeping all above drivers in mind will be a lot, but before quitting I suppose you should list down the numerous pros of building a smart IoT gadget picking your choices wisely. Make sure you can provide the necessary infrastructure for the device and streamline your business.

Go through this piece of stats depicting the adoption of IoT in firms and its pros and cons. 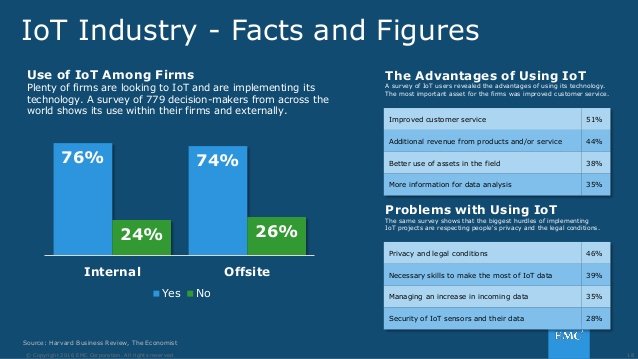 The cost of IoT is high, but there are ways out! IoT startup funding has grown by 30% in just 12 months.

Provided you have a feasible idea, you can always find an investor, a reliable app development company and get going with whatever’s on your mind!