After the release of the first Bitcoin software in 2009, Satoshi Nakamoto, the pseudonym for the person or group of persons who invented Bitcoin; devised the first Blockchain database as a part of Bitcoin’s implementation. It stands as a bulwark to Bitcoin.

Ever since that the concept of Blockchain technology has grown by leaps and bounds.

According to the Google searches for ‘Blockchain’ have risen by 1900% since 2013. It would only be legit to say that what internet did to information, Blockchain will do to the transactions.

Blockchain can completely transform the way the transactions are taking place today.

From government to big organisations, to investors, to entrepreneurs, to startups; have begun to understand the immense potential of Blockchain technology. Let us unfurl the fundamentals of this technology.

What is Blockchain Technology?

It is a shared and the distributed ledger that can be used to track the movement of all kinds of assets, be it tangible, intangible or digital.

One ‘block’ of a Blockchain represents the record of some or all of the recent transactions. It is only after the completion of one block that the block is added linearly in the Blockchain as a permanent database.

Thus, there are countless blocks in a Blockchain that are positioned chronologically, each block containing a hash of the previous one. 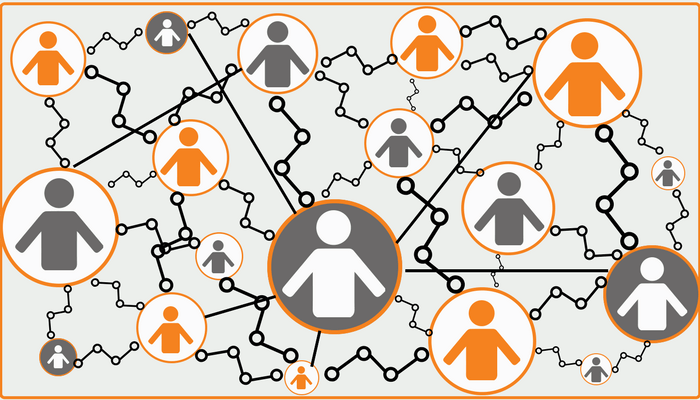 Why do we need it?

The number of transactions worldwide is accelerating at a rapid pace. This, in turn, has magnified the complexities, vulnerabilities, insecurities and inefficiencies attached to them. In fact, many limitations of the current transaction system have made the invention of Blockchain all the more necessary. Some of the limitations such as:

To overcome these challenges and many other similar issues, we are in dire need of a payment network that is fast, trustworthy and transparent. Here is a video that will help you understand the basics better before we move ahead in this topic.

How does it work? 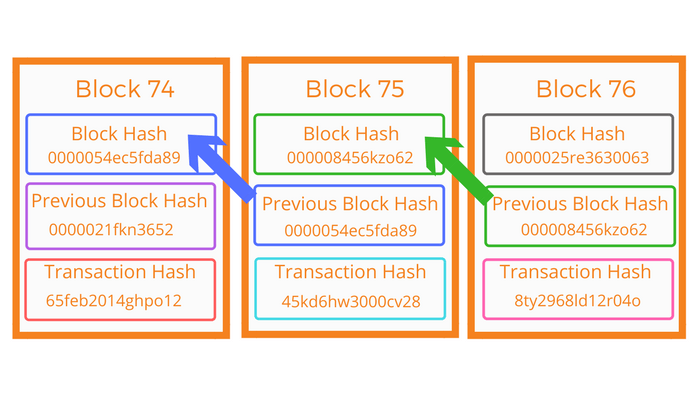 Take Blockchain as the database for recording numerous transactions.

Every block in a Blockchain; records and verifies the time and sequence of transactions.

These blocks are further attached to Blockchain within a discrete plexus administered by mutually agreed rules of the participants.

Each block has three components: A unique identifier timestamped batches of recent transactions and a hash to the previous block.

The hash to the previous block makes sure that no block is altered or added in between two existing blocks. In simple words, each block is a testimony of verification of the previous block. This way the whole Blockchain becomes a robust and tamper-proof nexus.

According to functionality Blockchains are of various types:

Everyone in the world has access to this Blockchain. One can easily become the participant in this network merely by downloading the software on one’s device. One is eligible to store, send or receive data here. All the members of this network have equal privileges. The most common example of this type of Blockchain is the Bitcoin and Ethereum. Users from all over the globe are able to transact in this network directly without the need of a third party.

Here is how Bitcoin works:

Contrary to Public Blockchain, this one is administered by a single; user-approved organisation. It is the organisation’s prerogative to make or change the rules that govern the Blockchain. E.g., a bank or a financial institution can really benefit from a Private Blockchain.

The permission to read/write the data or carry a transaction is completely under the purview of the organisation.

Since the verification process has to happen between a limited number of devices, the transaction speed automatically increases and less fee is charged from the users. The fault detection also becomes easy with less number of devices.

It can be perceived as a crossover between Private and Public Blockchain. It is partially decentralised in a way that there are some preselected nodes that participate in the consensus process. E.g., there are 10 organisations, each operating one node. In order to render a block valid, it should have a majority of say 6 organisations. So each block can only be deemed valid after these 6 organisations sign for it. The participants may give the other participants the right to read or write on the Blockchain.

Hyperledger Fabric, hosted by Linux Foundation, is an example of Consortium Blockchain.

The transactions here are again very fast because the verification is in the hands of few nodes. The transaction fee is also minimalistic.

The Benefits of Blockchain for Enterprises

Because of its amazing characteristics, Blockchain technology is finding its way into many industries, rendering them efficiency. Here are some of the examples:

The idea of applying of the most secure technology for a high-security sector does not require rocket science.

In most of the countries, the defence infrastructure is scattered across various locations. Unauthorised access to the high-security infrastructure can jeopardise the national security. Blockchain technology can solve this problem by ensuring a consent based access for all kinds of operating systems and network firmware, keeping the security intact.

The concept of Smart Contracts that eliminates the need for middlemen like law firms and is electronically enforceable and not in the hands of a single party can bring about a revolution in this industry. Smart contracts make it possible to share anything in value, right from money, property to shares in a conflict free way.

In other words, if we digitise the process of paperwork all together in law firms, it can save us a lot of money, time and err. Not to forget that the digital proof would be immutable and hence could not possibly be refuted.

The divine unison of IoT and Blockchain would be the most unimaginable yet possible application. This stew is still cooking right now, but there are plenty of thoughts that are channelising in this direction.

Samsung and IBM are using Blockchain technology called ‘Adept’ to create a centralised network of IoT devices. It would operate like a public ledger and would eliminate the need for a central system to handle communication between the devices. The devices will be able to communicate to each other directly and perform tasks such as updating software, managing bugs and monitoring energy usage.

The digitally recorded identities on a Blockchain protocol can serve as a means of verification of an individual. This further will reduce the risk of fraud and identity theft.

This disrupted trust model is a brand new development in the management of identities. It enables us to communicate with billions of users sitting miles apart. Blockchain has empowered consumers to sit back freely knowing that no single institution can compromise their identity.

A secure voting environment could be achieved through Blockchain. Everything from casting votes to counting votes could be done using Blockchain protocol preventing the common voting frauds. It can be used for voter registration, identity verification and vote counting.

Each vote could be like a transaction within the Blockchain. All the voters could then verify the final count of votes and the audit trail would make sure that no votes are changed, removed or illegitimately added.

A Blockchain voting could solve all the controversies that follow after the elections and make them fair and democratic.

One of the many challenges that are faced by hospitals is the dearth of a secure platform for storing and sharing sensitive data. Through Blockchains, the hospitals can store medical records safely and share them only with authorised professionals or patients.

The privacy of the health records could be kept intact with digital signatures on the Blockchain-based data.

Apart from that, the insurance company, hospitals, patients, doctors etc. could all be kept in the Blockchain to prevent frauds in healthcare payments.

Blockchain can change the current scenario of government system which is slow, opaque and prone to corruption.

Blockchain implementation can significantly reduce the bureaucracy and increase security in government systems. Data can be linked to departments through Blockchain and be made available only after the consent of the department and citizen. This will increase the transparency and keep a check on corruption. E.g., by 2020, Dubai is planning to put all its government documents on the Blockchain.

The existing crowdfunding companies are centralised bodies that establish trust between creators and supporters. They connect the startups directly with the potential consumers to get funding. Having said that, they also charge a very high fee and influence the projects.

In Blockchain based crowdfunding, the trust would be created through smart contracts and online reputation systems. The startups could release their own form of cryptogenic shares that could later be exchanged for cash, services or other products.

The parent company CCEDK has come up with the project OpenLedger, which is aspiring to become a trading platform based on Blockchain technology. The investors would be able to trade their cryptoequity on this platform in no time.

In the music industry, Blockchain can transform the relationship between an artist and a fan. It can remove the financial brokers from the loop who take away hefty cuts, leaving only breadcrumbs for the artists, who have actually put in the most efforts.

Through Blockchain based cryptocurrencies such as Bitcoin and Ethereum, the consumers can directly pay the artists upon downloading or playing their songs. This can be a god sent means for all the new artists who do not have the resources to get branding from big records. PeerTracks, PledgeMusic, BitTunes are some of the startups that are working in this area.

Although Blockchain has many advantages, still there are some areas that require work.

Blockchain technology is on its way to usurping the existing state of affairs. With transparency, robustness and trust as its foundation, it will attenuate the difficulties that currently persist in the realm of exchange of large amounts of data or capital all around the world.

If you work in an industry that deals with a lot of data and transactions of any kind, it is highly likely that it can be disrupted by Blockchain technology anytime soon!