[This article was originally published in Business News Magazine]

It’s no surprise in this exponentially evolving era to see the once-thriving companies fail and suddenly fall into a loop of failure out of nowhere. Companies mistake initial success in the few years for continued success in the future and continue to follow the same ways and processes. They try to fight against market forces by focussing on demand as opposed to moving with them. The short-sighted focus of companies on selling products and services distracts them from the real goal of adding value to consumers and understanding what they want. As a result of this response, they become outdated and obsolete in no time.

The prime reason why businesses fail is the inability of companies to break free from the mould of old methodologies and incorporate intelligent approaches for their business to progress ahead. Organisations that only make use of old practices do not achieve the desired standards in the long run and fade from being a great business no matter how much successful they are in present. 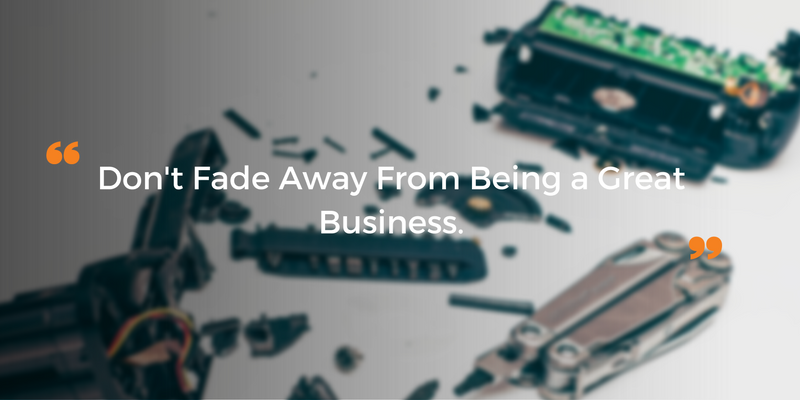 Have a look at where Nokia is heading today. Nokia, which used to be a market leader among mobile companies has seen its smartphone market share drop drastically from 30% in 2010 to less than 5% in 2012. Inability to focus on innovation and failure to recognise tight competition from Samsung, Apple & Blackberry led to its collapse. Nokia’s umbrella branding could neither impress nor build anticipation in users. Nokia decided not to consider Android and stuck with the Symbian OS. What can be learned from Nokia’s downfall is that companies which fail to continually innovate and advance by employing smart technologies and methodologies available have high likeliness of being deserted by customers at the drop of a hat. 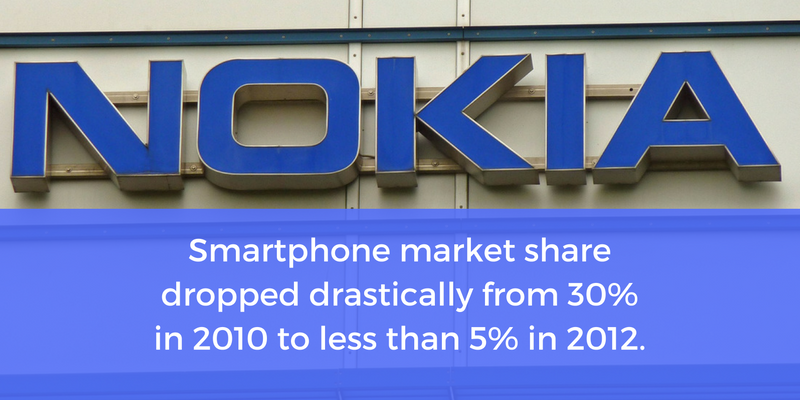 A recent phenomenon that has changed this for every business and the way they compete is Disruption. No industry is safe from disruption. Given the fast changing business environment and the technology supporting it, every company should at least be able to adopt disruptively and the latest technology. Industries that have some form of restriction which limits supply and reduces competition, which keeps the prices high, even when providing poor service, are ripe for disruption. This is what happened to the taxi industry all over the world when Uber kicked in full swing. Despite the initial backlash, Uber continued to grow at an astounding rate with a current net worth at $62.5 billion.

Uber used the blend of the internet and smart technology to its advantage, and people loved it. The company developed a better cost model by utilising smartphone-enabled app offering more better and cost effective service to ride-seekers. Now with one single tap on a mobile phone, people can see a car at their disposal within minutes. If the existing companies in an industry can innovate and adapt to address the suppressed & emerging needs of the consumer, then they can be better prepared to sail through the disruption process. 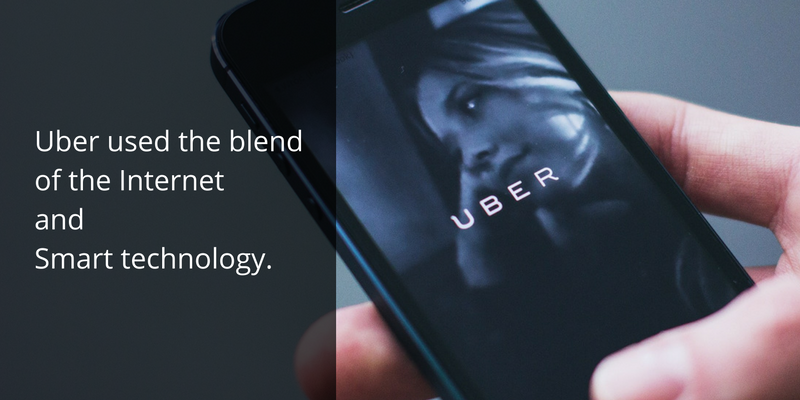 The need of the hour is evolution. Evolution from old methods in how technology is used in business and employing it in every department, be it production of goods and services, customer care, managing human resources, improving business communication and even as a catalyst for innovation. An initial business model and strategy that might have worked earlier will not necessarily in the present or the future.

It is important for companies to keep studying their market and evolve accordingly to avoid running the high risk of being left behind. By doing research in their industry and the market in their geographical location, companies can surely compete and stay ahead. When you mirror the new requirements of your target customers, you stay competitive. The requirements of customers keep changing, and this may happen within a span of six months. If you only keep offering them the “same old sh*t”, they’re going somewhere else for what it is they want now!


Companies need to make smarter technology and innovation religiously as a part of their business curriculum.
Automation, optimisation, and business intelligence are some of the key ways to adopt more intelligent methodologies. It is important for business organisations to review their activities and understand where they lack and proactively take action according to the market situation.

If you are not evolving smartly, you may face big trouble and it’s not going to be pretty.